Outlook Business, a noted business magazine published by the Outlook group, ran an essay competition. The theme was the subject of this post. My entry to the competition did not win the first prize (and hence wasn’t published by the magazine). This post was my submission – perhaps my readers will find it worthwhile to read. 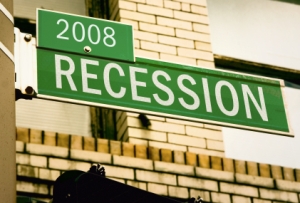 The popular joke goes that the world will not be worse off if the weather-men predicted the economy and economists returned the favor. Dangers associated with predictions multiply manifold when the subject is the economy and the time horizon distant. However, with some generality it can be argued that the current financial calamity has three main protagonists. Prognosticating their behavior and roles should provide a reasonable understanding of what to expect when sunshine returns to warm up economies around the globe. The trinity of Capital Markets, Business Institutions and Governments form the core cast of this drama, and also subjects of our investigation.

Capital Markets are sitting ducks when it comes to apportioning economic blame after a crisis and it has been no different this time around. In the current situation, some of it is deserved. Capital Markets famously failed their masters who relied too much on its self-correcting mechanism. All constituents of the markets brought in their share of economic and policy narcotics that created a heady cocktail and predictably left a global hangover the day after. As retribution, all constituencies will have to take body blows. The sell-side players have taken the most bullets and will emerge very different on the other side. It is entirely likely that a lot of specialized boutique investment and advisory houses will give serious competition to monolithic investment banks, which will struggle to bring the same easy-liquidity driven advisory-cum-financing value proposition of yester years.

The buy-side, i.e. investors, may learn that it is fallacious to ask a barber whether one needed a haircut. Unfortunately their woes are not entirely over. Their main parameter of decision making – instrument ratings from oligopolistic Rating Agencies – has been mired in incentive-conflicts and that is least likely to go away. Left with little choice, the investor fraternity will have to spend more in their internal due-diligence creating a model that may evolve in the same way as buy-side Research has over the past decade. And that could finally drown the Rating Agencies in the same way sell-side Research has been impacted in the past few years.

The direct or indirect impact of effort duplication or increased compliance invariably is increased costs. Even as a lot of OTC instruments make way into standard-claused-exchange-traded ones, higher cost of surveillance and risk management will lead to higher transaction costs for participants. The only bright lining to this silver cloud of gloom is Technology, which capital markets will embrace more than ever before. Increased reliance on algorithmic trading, automated routing to best liquidity pools, automated trading desks, cutting down latency between front office and middle office and such other will have many positive impacts. Given the declining cost structure of technology, wider adoption will offset other rising costs of doing business. Also, it will bring about a systemic efficiency in the flow of information and capital, resulting in lesser friction in the capital market machinery. All this till human fallibility drives us to the next crisis.

Marketing Guru Seth Godin famously said (and named a book) – “Small is the new Big”. Disappearance of Lehman Brothers, General Motors and other household names in the broking business should prompt Godin to write a sequel. The recession has stripped the last garb off colossal conglomerates that held onto business models and ideas of the past as they lugubriously dragged their bureaucratic organizations nowhere. While transnational conglomerates will still flourish, their businesses and operations will reflect nimbleness of start-up companies. Divisional management structures will become predominant just so the fire of innovation, so often found lower down the ranks, is not dowsed by monolithic organizational designs. Smaller companies are now much less afraid of their T-Rex sized competitors because the downturn has clearly thrown up the latter’s vulnerabilities. These nimble, specialized, technocratic organizations will drive innovations in the post recession world. As example, the automotive industry will see numerous innovations across platforms, products and components with complete democratization of innovation – across functions, geographies and size of companies.

The recession has also brought under light a fair amount of hidden skeletons in corporate closets. Investors have every right to be peeved at appalling standards of corporate governance across the world. Unfortunately the long-only investor fraternity has little incentive to display the level of investor activism that would force better corporate governance and management. It is here that Hedge Funds and Private Equity investors, given their single-minded focus on generating alpha, will play a larger role in the future. Businesses that pride on good management and governance will be a step ahead in attracting the right kind of investors and at lower cost of capital.

Many commentators have predicted an economic (and hence political) demise of the United States. The more probable scenario however is a decline in the US’ relative economic strength  – both in terms of its share in global wealth and its currency. Once Americans start living within their means, the consumption deficit created by them will have to be filled by consumption-power and internal-demand centric countries like India and China (not Russia – it being a commodity centric economy). This shift of consumption will compel multinational businesses to look at these countries in a totally different light. Local strategies, local supply chains, local business models catering to local demographics and trends will gain prominence over blind replication of global practices. Local leaders and managers will not only become important for global organizations, but Boardrooms – and I daresay CEO suites – will see more Indian and Chinese names than ever before.

The trouble with Capitalism, they say, is that it is the only broken system that works. A fair number of economies around the world currently function as State owned capitalist machines (Marx must be tossing in his grave). This inherent dichotomy has resulted in Governments assuming three roles – namely, Shareholders (from covert or overt nationalization), Market Makers (buying up troubled assets and providing liquidity windows) and Policy Makers (traditional reason for having a Government). The first two roles are reluctant and thorny crowns that the rulers have been forced to place on their heads and they should relinquish these sometime soon. And they will. However, like a newbie investor who has tasted his first fruit of speculative profit, some Governments will be more inclined to intervene in businesses in the future citing current success as an excuse. Government policies are likely to face the conundrum of tactical supervision versus strategic foresight – and at least for the medium term that might be resolved in favor of the former. This will most likely result in either a proliferation of watch-dog agencies or increased government participation in these institutions or both. Long term nation building, especially for countries that need strong forward looking leadership, might suffer the most.

Perhaps the most quoted line in the context of change is Lord Tennyson’s – “the old order changeth yielding place to new”. Irrespective of how the new order shapes up, the fact that it will see increased regulation, state intervention and rising importance of countries blessed with demographic-dividend is most likely. Curiously, the cornerstone of this evolution can be traced back to the next line of the same Tennyson poem – “…and God fulfils himself in many ways, lest one good custom should corrupt the world”.  Laissez-faire market structures, over-leveraged personal, corporate and national lifestyles, and by-a-few-for-a-few style growth cannot be called “good customs” but they sure did corrupt the world. These are edifices the new world order will strive to stamp out.

Post Script: Gopal Ranganath, General Manager, Jet Airways, won the first prize in the contest. You can read his essay here. Yes, it deserved to win.