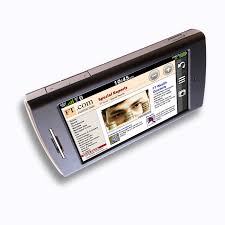 Until a couple of years back, the war of the mobile browser was a bit lost on me. The problem was my Blackberry, which had a default browser slapped into it by the telco and that browser sucked. Given that my usage of mobile browsing was quite low, it was more out of curiosity than necessity that I downloaded Opera on my Blackberry. I realized that the user experience of Opera increased my mobile browsing habits significantly (yes, I was starting off from a low base, but still). Recently a colleague suggested that I install Bolt and I realized that mobile browsers were quite an intensely fought marketplace.

Recently, thanks to the Significant Other, our gadget family welcomed an i-pod touch. Very soon we had two pages of applications downloaded on the device. Once again, I realized how much of behavior and even device choice is controlled by user experience that the device and its screen provides. Using Facebook on the i-pod touch was almost as good as using it on a desktop browser, and the same held true for G-Mail and Evernote (my other two heavily used internet applications). There were thousands of apps (see chart – Growth of Apps in i-tunes App Store) to choose from and most of them were less than $2 each. So what was the mobile browser all about in a device that could host and render applications that replicated the full-blown browser experience? I then read with intrigue the ten mobile technologies to watch in 2010 by Gartner. It says

Browsers render different content suited to different workflows to an user, without having to deploy the software on a machine. The same goes for a mobile browser as well. The trouble is that the mobile browser is heavily constrained by two factors (1) lack of adequate real-estate, and (2) restrictive and cumbersome navigation capabilities on a mobile device. While apps cannot directly solve the first problem, they do a good job of solving the second by providing app-specific navigation (as opposed to standard browser functions). Imagine a website that (perfectly understandably) asks me to enter a company name before I start researching it. A box pops up, I enter “Thomson Reuters” and hit “Go”. Now imagine the same website rendered on a Blackberry smartphone. One would have to use the track-ball to position the cursor in the box, click, enter the company name, click and again navigate to the “go” button and click. Extremely cumbersome. On the other hand, user behavior on mobile devices are short and bursty compared to that on a desktop (I’ll nvr wrt a shrt nt if I was on my lptp bt in a ph I’d mst likly). This makes it foolhardy to replicate the entire web-app functionality on a mobile-app. So where does the balance lie?

In all likelihood, productivity and functionality heavy applications that are built around a core theme (like a reminder service like Remember the Milk) will most likely be more used as a mobile app than accessed on a mobile browser. Information sites and blogs will be served up better on mobile browsers than as mobile apps – and there won’t be an app for everything just yet. Add to this the factor of mobile operating system fragmentation and it is easy to understand why app developers are not ditching the mobile browser as yet

PS: For those who are environment conscious – using the internet from your mobile device is “greener” than using a PC for the same function. And posting a Facebook update from your mobile phone consumes 100 times less energy than if you were to do it from a PC – as per Nokia.